Frontastic's Continuous Integration (CI) works based on trunk-based development which means that the master branch in GitHub always holds the version that will go into production next. So, the CI server only performs a full production build when you push to master and automatically deploys this to your staging environment.

There might be cases where you can't simply deploy the latest master build to production. For example, you're currently testing a big new feature that isn't ready to go live yet, but you need to deploy an urgent fix to production. To do this, follow the steps below. 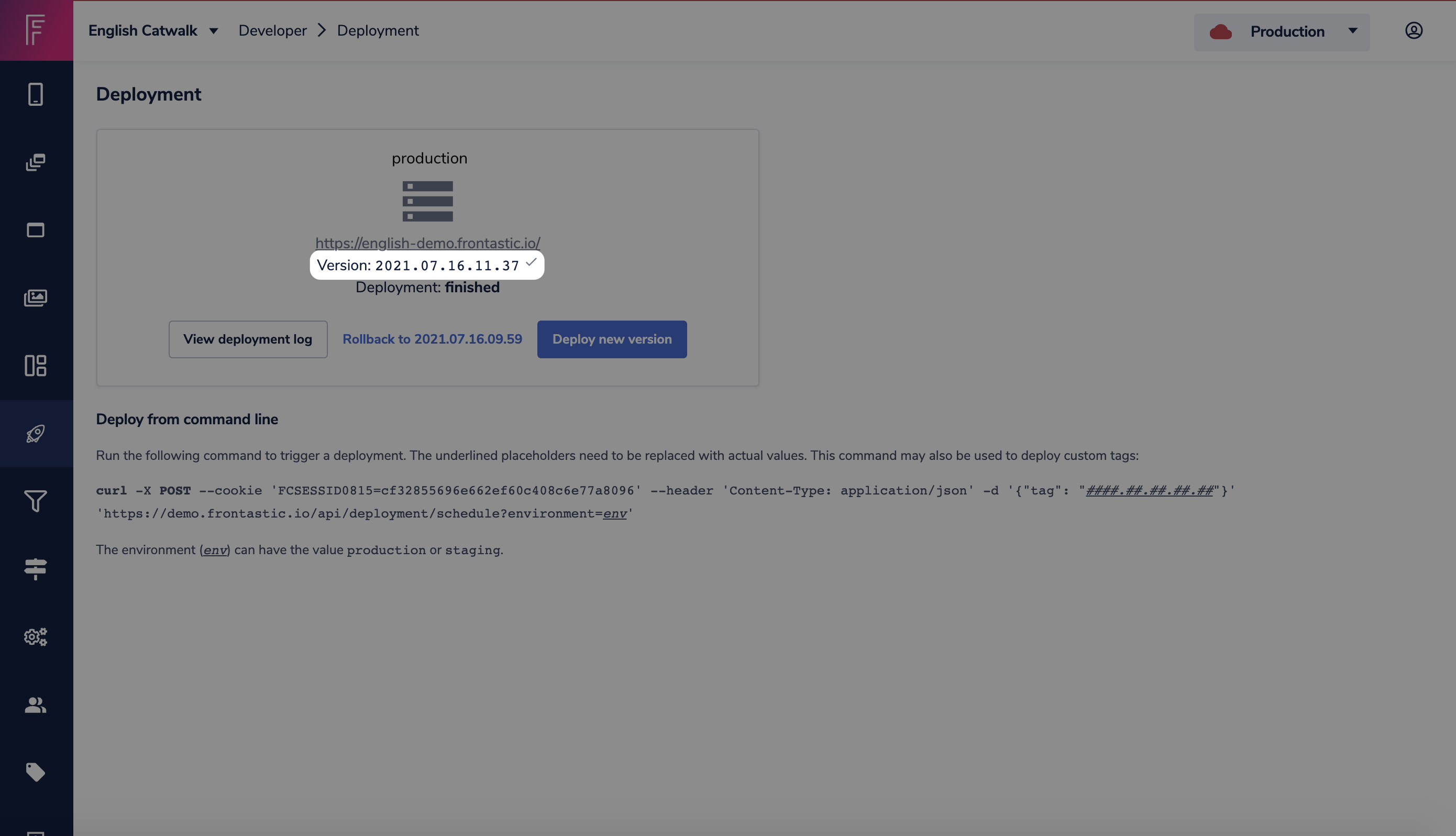 In this example, it's version 2021.07.16.11.37. Every such version corresponds to a certain commit and tag in your GitHub repository. So, you can easily use it as a starting point for a branch for your fix.

This creates a branch named fix/something-urgent which starts exactly at the point that's deployed in production.

This will cause the CI server to perform centralized tests on this branch.

This won't build production-ready assets yet. To do this, you'll need to explicitly instruct the CI server by pushing a commit with includes #build (see the Continuous Integration article for more information.

This command creates an empty commit with just the corresponding message in your branch and pushes it to the remote.

Once the CI server has finished the build successfully, you'll find a new tag in your branch that you can use to trigger a deployment.